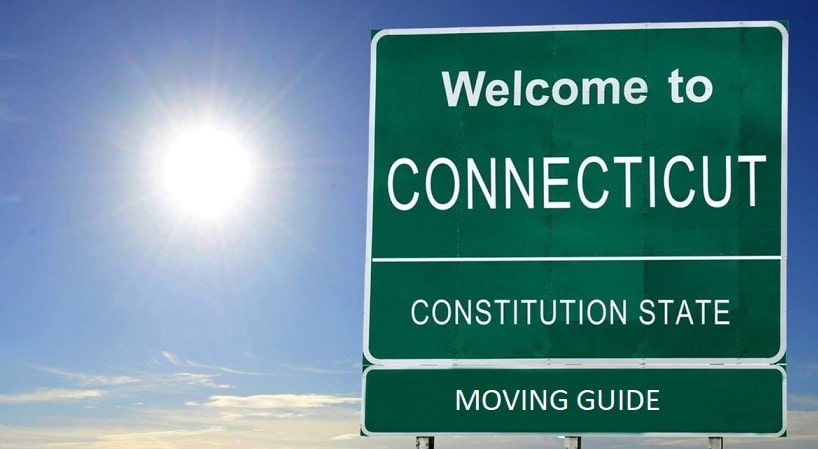 Maybe you’re toying with the idea of moving to Connecticut, a state with outstanding natural beauty. With landscapes ranging from the Long Island shoreline to scenic mountain ranges, this is a scenic paradise but is moving to Connecticut right for you in 2020? That’s the question there!

Before moving further, let’s take a brief on the state.

Connecticut, the southernmost state in the New England region of the northeastern United States has the highest per-capita income, Human Development Index (0.962), and median household income in the country.

Is Connecticut an expensive city to live in?

Let’s put it straight – Connecticut is expensive. Since the state ranks high in the economy and promises a high standard of living, you need to expect an expensive lifestyle here. The living costs are higher than the national average and Stamford (one of the most expensive cities in Connecticut) is just 17%cheaper than Manhattan, New York.

Even groceries, health, utilities, education, and transportation, all rank higher than the national average. The consumer price index (CPI) of Connecticut is 268, which is 9.39% higher than the U.S. average CPI of 245.

Is housing affordable in Connecticut in 2020?

Since Connecticut is an expensive city, it would be foolish to assume to get cheap housing here. The purchase cost goes beyond your monthly mortgage payment, home owner’s insurance, and local property taxes.

Moving to a suburb in Connecticut, you can get a spacious home but the maintenance cost plus the additional expenses can surpass your previous home in New York or any other big place. The median home price in Connecticut is $239,600, which surpasses the national average of $231,200.

And if you feel buying is out of your hand, you can rent a home that would cost $1,295 a month on average.

How are the taxes in Connecticut? Are they friendly?

It may sound disappointing but the fact is that Connecticut is not that tax-friendly as some other states in the US. It is a business-friendly state and is home to several big shots but ranks somewhat bottom in the list of tax-friendly states.

Connecticut has the fourth-highest property taxes in the U.S and it has one of the highest fuels and state taxes in the country. All types of retirement income are subject to Connecticut’s income tax, although Social Security is exempted for some seniors.

The average effective property tax rate (annual property taxes as a percentage of median home value) in Connecticut is the fourth-highest in the U.S. at 2.07%. Senior homeowners might require to throw up spend several thousand dollars a year on property taxes, meaning they should budget accordingly.

Here’s good news. Speaking about the pros and cons of living in Connecticut, related to taxes, everything is not that disappointing. It has a single statewide sales tax of 6.35% and no local sales taxes. That means you are not burdened with sales tax and even groceries in Connecticut are exempt from sales tax. That can bring a smile to your face.

How safe is Connecticut to live in?

There is a perception that the crime rate in Connecticut is extremely high and it’s too violent. That’s not true. Connecticut enjoys lower crime rates than most of the nation. Its violent crime rate is 2.1, compared to 3.7 nationwide, and the property crime rate is 16.8, which is well below the national rate of 22.0.

However, people still connect the state to the mass shootings of 2012but those are bygone days. In 2020, 55% of the states have improved their crime ranking and a few cities are extremely safe than the rest of the country.

Which are the 10 best places to live in Connecticut in 2020?

Since you are moving to Connecticut in 2020, we have filtered out 10 cities in the state based on low unemployment rates, low crime rates, high incomes, low household vacancy rates, and an abundance of things to do.

Is the proximity of Connecticut to New York a boon to the residents?

Moving to Connecticut, you are not away from Manhattan. A 100-mile drive will take you to Manhattan and if you want, you can spend a weekend in NYC. In the same way, Baltimore, Philadelphia, and Washington DC are just close to Connecticut. But if you ask a Connecticuter, he would prefer to stay in Connecticut than in New York. That’s the charm of Connecticut.

With many small towns spread over, there’s a strong bonding between neighborhoods and your neighbor becomes your extended family.

What are the job opportunities in Connecticut?

Before moving to Connecticut, you will like to know how healthy the career prospects there are. In Connecticut, the unemployment rate is 4.1% and the current minimum wage is $10.10 per hour, which is significantly higher than the federal minimum of $7.25.

Some of the top employers in Connecticut are:

How good is the transport system in Connecticut? Is it affordable for middle-income people?

Unlike many other states, you won’t need a car to survive in most of the big cities in Connecticut. Moving to Connecticut, you won’t be cut off from the rest of the world. However, the state is notorious for traffic congestion in certain areas, especially on I-84 and I-95, which run from New Haven to New York.

Connecticut also has a decent rail system compared to many U.S. states.

Is the education system good in Connecticut?

We can discuss multiple pros and cons of living in Connecticut but what cannot be denied is its prominence in the field of education. Connecticut takes pride in its long educational institutions which are considered as the best in the US. A look at the master’s degrees achieved and the average test scores among pupils show that performances here are among the highest in the US.

Some of the prominent universities in Connecticut are:

The best schools in the state include:

The state is too liberal and open to new concepts

When we discuss the pros and cons of living in Connecticut, we should not miss out on its liberal values. Connecticut is the second state to legalize gay marriage. It has historically taken a liberal stand on various controversial topics and has been open to new ideas. Living here, it would be easy and natural for your children to inculcate modern values.

Connecticut is one of the destinations to start a new life in 2020. If a good standard of life, better salary, more career opportunities, and of course premium education for children are the points that you are aspiring to, Connecticut is worth calling your new home.

One of the prosperous states in the US, Connecticut also has several surprises in store in the shape of entertainment options, historical venues, and outdoor fun destinations. You can start thinking about packing the belongings to Connecticut.