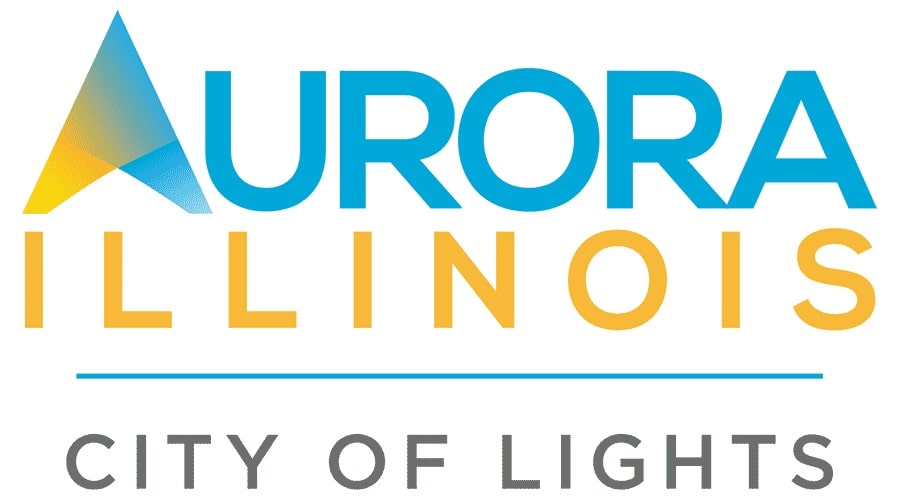 Whatever may be your reason for moving to Aurora, Illinois – a growing family, a need for a change in scenery, or a better life, the city is the best choice. Often called the ‘Biggest Small Town’ because of its good city size and a small-town friendly vibe, there can be pros and cons of living in Aurora. However, the merits overshadow the demerits.

Various factors make moving to Aurora right for you in 2021

Once a mid-sized city, Aurora prospered in the 1960s and is now the 34th fastest-growing city in the US.

Often called the ‘Biggest Small Town’ because of its good city size and a small-town friendly vibe, Aurora also has a nickname – ‘City of Lights’ as it was one of the first cities in the United States to implement an all-electric street lighting system in 1908.

Being moving experts, we know what makes a city a perfect place to live. And our guide on Aurora delves deep into the DNA of the city, to help you know if you’re making the right decision.

Situated on the outskirts of the Chicago suburbs, the city is a good economic center and boasts of thrilling nightlife, a mix of both white and blue-collar jobs, and beautiful architectural designs.

How’s the climate in Aurora?

The weather in the city is highly influenced by Lake Michigan which moderates the temperature and boosts the snowfall during the winter months. On average, the city receives 38 inches of rain every year.
In summers, the daytime temperature touches 84 °F while in the winter, it will come down to 15 °F.

Although tornadoes occur in Northern Illinois annually, Aurora has not been struck by any major tornado in recent history. The city receives heavy snowfall in winter and periodic blizzards.

How is the economy in Aurora?

Aurora has a long history as a major manufacturing city. Since it is on the edge of the Illinois Technology and Research Corridor, the city takes pride in its long list of manufacturers of the past and present, which include Lyon Workspace Products, The Aurora Silverplate Manufacturing Company, Barber-Greene Company, the Chicago Corset Company, and the Aurora Brewing Company. About 12,000 people work in the manufacturing industry in Aurora.

Some of the big companies having offices in Aurora include:

What are the job opportunities in Aurora?

The proximity to Chicago has always strengthened the job sector in Aurora. The economy in Aurora has been booming since the 1960s and is predicted to further grow in the coming decade. The unemployment rate in Aurora is 4.2%, slightly higher than the nation’s 3.9% average. The job market has increased by 1.3% over the last year.

Though Aurora is predominantly a manufacturing hub, tourism is also a booming sector and there are several jobs in hospitality services.

The best paying companies in Aurora

What is the cost of living in Aurora?

The high economic growth and a better standard of living have contributed to the above-average household income in Aurora. The cost of living here is considered on par with the rest of the country’s average but 2% higher than Illinois.

Housing is the biggest factor in the cost of living difference, as the median income for a household is $63,967. This is above the country’s national average. And a majority of residents belong to the middle class. While transportation and healthcare are highly expensive than the national average, utilities costs less in Aurora

Is housing affordable in Aurora?

Buying a home in Aurora is easier than many other places in the US. The median home price in Aurora is $168,100, which is 4% lower than the Illinois average. This means it’s easy to buy a home here than in any other part of Illinois.

And if hiring a home is your priority after moving to Aurora, the median rent price is $1,104 which is 19% higher than the Illinois average. In Aurora, 64.7% of people are home owners and an average of 3.2 people occupies each home.

What are the best neighborhoods in Aurora?

Aurora is divided into three main regions – the West Side, the East Side, and Fox Valley, which is also occasionally referred to as the Far East Side. Fox River divides the town and creates these separate regions. Fox Valley despite its name is located the farthest from the river.

While the West Side is more upper-class and the East Side is more blue-collar, Fox Valley is comparatively undeveloped than the other two areas. Moving to Aurora, you need to consider this while searching for a home.

The neighborhood areas in Aurora are self-sufficient with ample opportunities for entertainment, wining, dining, and outdoor activities.

Here are the 10 best neighborhoods in Aurora according to Neighborhood Scout:

How is the tax system in Aurora?

Aurora follows the Illinois tax system, which has the highest property tax in the US, with a statewide average tax rate of about 2.31percent. This is nearly double the national average of 1.21percent. Illinois is considered one of the least tax-friendly states in the country. Moving to Aurora, you end up paying an average of approximately $4,157 annually.

While the high tax rate is a major con of living in Aurora, the pro is its tax-friendly attitude towards senior citizens. All residents above 65 years of age are exempted from paying taxes. The state exempts almost all retirement income from taxes.

There are also several other benefits for senior people here and it is no surprise that Illinois is their perfect home.

How is an education in Aurora?

When we discuss the pros and cons of living in Aurora, we cannot omit the fact that a majority of the city residents are highly educated. The city is home to several great schools and interestingly over 30% of adults in Aurora have at least a bachelor’s degree.

The city has approximately 42 public schools and 21 private schools and the student/teacher ratio is 24:1, which is much higher than both Illinois and the national average.

Some of the best schools in Aurora as per Great Schools:

Some of the best colleges in Aurora are:

How is the health system in Aurora?

Aurora has an excellent health system and there are more than a dozen good hospitals and medical care centers in and around the city.

Here’s the list of top 10 good hospitals in Aurora

Is crime a big factor in Aurora?

In comparison to Chicago, Aurora reports less crime. However, when we discuss the pros and cons of living in Aurora, crime is a big factor to be considered. With a score of 100 being the safest, Neighborhood Scout rates Aurora crime at 43.

Key findings on crime in Aurora

How is traffic and transportation in Aurora?

Aurora is well-connected by five interchanges on the East/West Tollway Corridor. This makes driving to and from the city easy and a pleasurable experience. However, Chicago is notorious for its traffic jams and if you are driving to Chicago, be prepared to face the heat.

Rush hour traffic can be heavy and bitter but an off-peak commute is relatively easier in Aurora and its surroundings.

Aurora does not have an impressive public transport system. While the main city and the downtown areas are connected with public transport, the other parts are served better by car.

The BNSF Metra Railway will take you into Chicago with many stops along the way, including Western Springs, Hinsdale, and Brookfield. The Pace Bus system services the city and neighboring areas. Moving to Aurora, it is better to own a car.

What are the attractions in Aurora?

Moving to Aurora, there’ll be no shortage of entertainment. There are beautiful areas for you to explore and you won’t have to travel far to find family-run farms and lush hiking and biking trails. Historic sites, theme parks, museums, zoo, trekking, and hiking trails – you will find everything in Aurora.

Some of the best attractions in Aurora

What are the pros and cons of living in Aurora?

Living in Aurora has its pros and cons and we are going to weigh up both to help you know the city better.

It’s true that moving to Aurora has pros and cons. But it’s a booming city promising a better lifestyle complemented with a wide range of entertainment options. If leading a comfortable life is your goal, Aurora is best to be called your home.