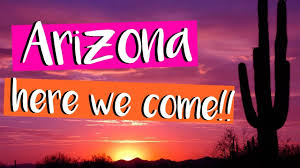 Arizona is a scenic retreat that about 7 million people call their home. It’s more than just the sweeping Grand Canyon or a vast arid desert. Everything here is different and amazing – the cuisine, topography, and job scene. So is moving to Arizona right for you in 2021?

Whether you live in New York or Georgia or Illinois, you need to admit that Arizona is the best state to live in. There can be pros and cons of living in Arizona, but every state has those.

Let’s see if moving to Arizona is a good decision in 2021.

Where should live in Arizona?

Phoenix and Central Arizona are more vibrant and almost 5 million people live here. But the cost of living is high here.

Southern Arizona is extremely hot in summer and has a desert climate. Tucson is the largest city here and almost 1 million people reside in Southern Arizona. The cost of living is comparable to Northern Arizona, and it’s a little cheaper than Phoenix.

It is one of the most entrepreneurial states

If you have entrepreneurial instincts, Arizona is the destination for you. The state’s soil is a fertile ground for those looking to grow a new business. According to a Forbes article, Arizona tops their list of the five most entrepreneurial states. The state has a “highly educated labor pool with low business and property taxes”. So go west, young entrepreneur!

Is the cost of living here too low?

Arizona’s cost of living is too tempting. You can survive here with a moderate paycheck as everything here costs cheaper than the rest of the US states. Moving to Arizona, you rent a studio apartment for around $700 per month ($300 cheaper than the national average) and in the overall lower real estate prices, Arizona is a more affordable option for warm-weather lovers.

Is it true that Arizona is highly tax-friendly?

When we discuss the pros and cons of living in Arizona, the state’s tax-friendly attitude should not be ignored. It is one of the most tax-friendly states in the country.

The Greater Phoenix Area is located in Maricopa County, where the property tax rate is 0.802% of the Home’s Assessed Value, while the National Average is 1.211% of the Home’s Assessed Value. On a $250,000 home, the difference between Maricopa County and the National Average is over $1,000 in annual property taxes. This is one of the most significant factors that are moving people to Arizona.

The home prices are extremely low in Arizona

Owning a home is a dream that remains unfulfilled when you stay in NYC or LA or any rich place. But moving to Arizona, it’s easy for you to buy a home. The median price for a home is $285,000, which works out to $154 per square foot. When compared with some of the American cities, it is extremely cheap.

Arizona’ economy is growing but job opportunities are less

Despite the big claims about economic growth, Arizona’s job sector is not that glittering. New businesses are indeed coming up in the state, especially in cities like Phoenix and Tucson, but the unemployment rate is 11.3%, which is higher than the national average. Also, Arizona is the 6th toughest state to find a full job.

The top fastest-growing jobs in Arizona include:

Though Arizona is not that expensive to live in, the pay slip offered by many companies are up to the mark. The minimum and average wages in the state are higher than in many states in the country. The minimum wage here is $11 and it is higher in big cities like Phoenix.

Some of the best-paid jobs in Arizona are:

The education system is excellent in Arizona

A big concern while moving to Arizona with the family will be regarding the education of your children. But the state has many excellent educational institutions and getting you admitted into one will not be a problem at all. The schools are ranked as some of the best in the country and there are also some good universities such as Arizona State University for higher studies.

Some of the tops ranked public schools in Arizona are:

How safe is Arizona to live in?

When we speak about the pros and cons of living in Arizona, it is natural for you to be curious to know about the crime rate here. In comparison with others in the US, Arizona is has a low crime record which is also below the national average. This makes the state one of the safest destinations to move to.

What are the best neighborhoods to live in Arizona?

How’s the climate in Arizona to live in?

Arizona has a hot climate. It is not easy to state whether the climate in Arizona is a pro or con to living here. Because in winters, when it will be below freezing level in many parts of the US, Arizona State will have a comfortable climate. For those who hate snow-packed roads and chilly winds, Arizona’s winter will be a great relief.

But the summers here are extremely hot. The day temperature sometimes touches the three-digit and you cannot step out of the home in the afternoons. It’s almost impossible to survive without an AC in summer.

Is the transportation system in Arizona robust?

While big cities like Phoenix and Tucson have an excellent transport system that connects even the remote parts, the same cannot be told about the rest of Arizona. The state is widely spread out you will need a car to commute here. The widely spread terrains fuelled with scenic beauty are pro of living in Arizona; a big con is the absence of a public transport network.

How good is the healthcare system in Arizona?

One of the best things about Arizona is the excellent healthcare system practiced here. Since the state is also one of the most sought after destinations for retirees from across the country, Arizona authorities have made sure that the state has the best health facility in the country. There are several hospitals specialized to treat people with different health issues.

There’s no inheritance tax in Arizona. This works to the advantage of seniors who prefer making the state the home after retirement. There are also property tax exemptions and tax freezes available for widows, widowers, and disabled people.

Valley fever is a serious concern in Arizona

Living in Arizona, especially in the south, valley fever will be a major concern for you. Everyone here gets a fever, either early or late. Some are luckier to have a minor impact but everyone will get infected. However, this is not a serious disease and now treatments are available at most medical clinics across Arizona.

Are you scared of insects like spiders and scorpions? Arizona has a lot of such creepy creatures

Arizona’s wildlife is diverse. And the same is about reptiles. You will find all the creepy and venomous critters here. From rattlesnakes to scorpions to venomous lizards like the Gila Monster, there are several dangerous creatures you are likely to come across while living in Arizona. Black widows and tarantulas can cause a panic attack during your initials Arizona days but slowly you will learn to live with them.

Like any state, there are pros and cons of living in Arizona. However, if a laid-back life packed with scenic beauty and a better lifestyle are what you aspire, there’s no place better than Arizona to start a living. Moving to Arizona in 2021 can be one of your best decisions of the year.