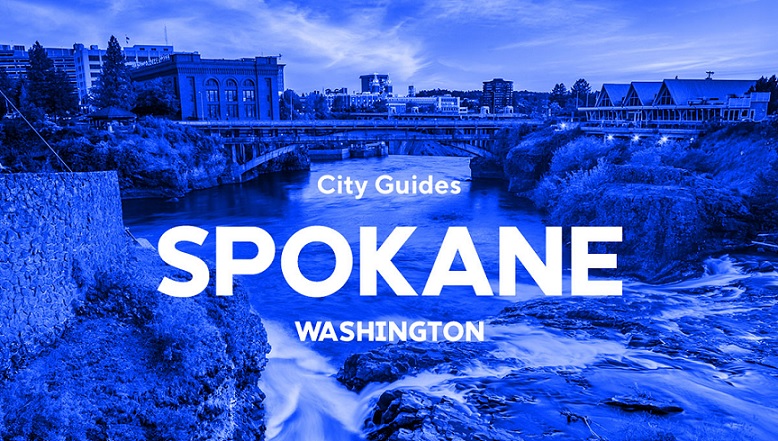 How about moving to Spokane WA in 2021? The getaway to the American west, Spokane is a city situated amidst scenic beauty. A vibrant city with a plethora of outdoor opportunities, Spokane still retains the authentic feel of inland Northwest culture.

With the booming economy, pleasant climate, vibrant nightlife, and entertainment scene, and amazing food culture – the city has everything for you to call it home.

Yes, like any city in the US, there are pros and cons of moving to Spokane WA and we are going to analyze them here.

Let’s see if moving to Spokane WA is a wise decision in 2021.

12 Reasons to Relocate to Spokane – The Pros

Spokane is no more a neglected urban land with surface parking lots and tattoo parlors.

Its downtown is a happening area with plenty of mom-and-pops thriving in an active, walkable, mixed-use, and dynamic urban environment. Several big shots like Apple and Nordstrom operate here.

Do you know that owning a home is so cheap here?

You can find a great 3-bedroom 2 baths house for around $300,000 here.. Of course, this depends upon the neighborhood but still, it is affordable in comparison to many other cities in the US.

Primo commercial space is only around $23 per square foot

Have you ever wondered why many startups open offices in Spokane?

In comparison, commercial space rates in neighboring cities are a little higher.

Low cost of living is another factor that attracts people

Spokane’s cost of living is 4% lesser than the national average.

The city’s job sector is robust and you’ll have great opportunities to grow career-wise. Apart from that, health and education are also much affordable here.

Even the cost of groceries, public transport, and gas is less in comparison to other cities in Washington.

There are plenty of trail tracks

One of the major pros of moving to Spokane WA is that you will feel close to nature. For fitness freaks, there are plenty of trails where you can spend your weekends.

The Centennial Trail through downtown Spokane is one of the best running, biking, and strolling destinations.

Some of the major trailing spots in Spokane are:

There’s no shortage of ski resorts

Are you passionate about skiing?

Then you can confidently call Spokane your home. The city has 5 ski resorts, all within a 1.5-hour driving distance. Every weekend, take a short drive with your family to celebrate skiing.

There are a dozen lakes around

There are a lot of lakes in Spokane. By a lot, I mean more than a dozen water bodies within and around the city. Fishing, boating, swimming – you’ll have tons of options available for activities once you are in Spokane. And if you are willing to drive for two hours, another hundred lakes are waiting for you.

Imagine this – you are at a meeting in the office and suddenly feel like escaping to a natural retreat. Looking outside, you see a waterfall through the glass window and you are relaxed. This is the magic of Spokane Falls.

Spokane Falls is a waterfall and dam on the Spokane River, located in the central business district in downtown Spokane, Washington.

Is there any other city in the US that can claim a waterfall in the city center?

I doubt so. And do not assume it to be a small one but Spokane Falls is almost the same size as Niagara Falls.

Five universities, two med schools, and about 15,000 students – all huddled in one city

Spokane is the educational hub of Washington State. The city has 15,000 students studying across its five universities, two medical schools, and several other educational institutions. And this makes the evenings of Spokane vibrant, lively, and young. Do you need another reason to know why Spokane is energetic?

It is no secret that Spokane is the most beerish in Washington State. And the reason is the presence of 28 microbreweries. Moving to Spokane WA, beer will replace your other booze choices.

There are 26 wine-tasting-rooms and wineries in metro Spokane

Washington is second only to California in wine harvesting and Spokane is the wine capital of the state. There are over 900 wineries in the state and a majority of them are near Spokane. The 26 wine tasting rooms in Spokane speak about the city’s passion for wine.

Are you a wildlife enthusiast?

If so, you will never regret moving to Spokane WA.

The wildlands of the city are packed with a wide range of wildlife including cougar, elk, deer, bear, wolves, and moose. Every weekend, date with the animals in their habitats and capture those moments on your camera.

You can also go for a hunting spree if that is what your passion is.

There are about a dozen museums that preserve history

Are you a history buff?

Come to Spokane as there are about a dozen museums in the city. Some of them are related to arts, while some are dedicated to science and technology.

If you are moving to Spokane with the family, these museums will help your children learn more about the rich past of the US.

Some of the best museums is Spokane:

Some Cons about living in Spokane

Crime is a serious concern here

One of the biggest cons of moving to Spokane WA is the high crime rate.

Spokane crime rates are 205% higher than the national average. And moving to Spokane, you have a 1 in 13 chance of becoming a victim of crime.

Though the crime rate is a big concern in Spokane, the city is still safer than 3% of the cities in the United States.

Air is one of the worst in the US here

Unfortunately Spokane ranks among the worst in air pollution. The increase in forest fire in recent years and man-made climate changes will only make it worse in the coming years.

Now that you’ve learned about the pros and cons of moving to Spokane, let’s take a look at where in Spokane should you consider living.

Some neighborhoods in Spokane you should consider

Each neighborhood in Spokane is different.

Small neighborhoods have obvious benefits – less crime, a slower pace of life, and a lower cost of living. But bigger, more busier neighbroohood can offer a lot too besides some of the cons. A buzzing lifestyle, more chances to make friends and acquaintances, more business opportunities etc.

To help you get a deeper understanding of different neighborhoods, we’ve compiled a list with stats on each neighborhood in spokane.

Like every city, moving to Spokane WA too has its pros and cons. However, when we analyze both, the merits of the city overshadow the demerits and confirm that the second-largest city in Washington is worth calling your home.